Today was an another outstanding day that included a wonderful class and many, many physical activities. Following breakfast and showering, we were off to a great class called the World of Today taught by Henning and Gitte. We discussed many important current news events around the world, US and an unfortunate news item from Denmark (a football loss to Armenia). We began the focus on the rioting in Turkey, which discussed political matters and geography. To the beach!! We were guided down to the fjord in Skive to play games in the forest and the beach area. After an exhilarating game of human Stratego, we broke into small groups to play soccer, disc golf, batang, a Danish game similar to baseball and some interesting Viking games. A much needed rest and fantastic cookout came next. Henning and his associates prepared an awesome barbecue that included very large hot dogs, ribs and other traditional Danish fare. What a feast!! Next to Kayaking in the fjord, which was led by Henning and Jesper. The boys all took to it really well, even though there were a few spills in the cold water, everyone had a blast! What a GREAT ending to our European journey of 2013!!! 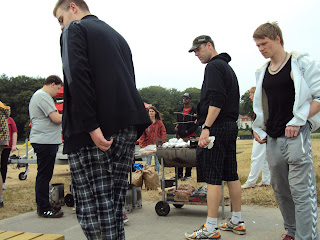 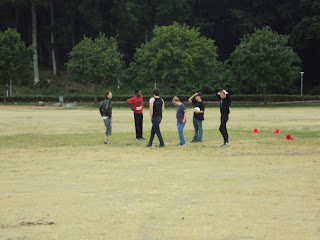 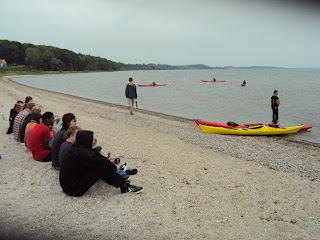 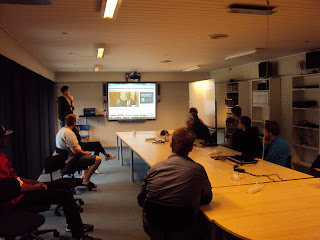